Romelu Lukaku hails his performance for Chelsea vs Arsenal as ‘dominant’
Lukaku inspires Chelsea to 2-0 victory at Arsenal; When asked by Sky Sports to describe his performance vs Arsenal, Lukaku replies: “Dominant” 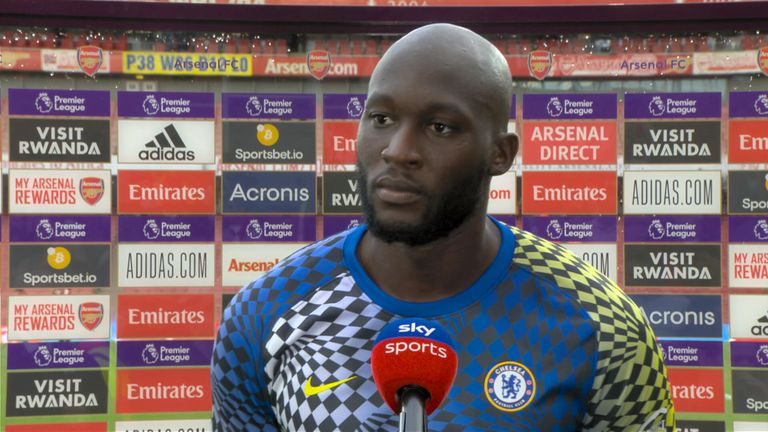 Chelsea striker Romelu Lukaku said he was very happy with his second debut at the club, insisting he dominated the Arsenal defence

Romelu Lukaku had a straightforward answer when asked by Sky Sports to assess his own performance for Chelsea in their win at Arsenal: “Dominant”.

Club-record signing Lukaku starred for the west Londoners as they beat Arsenal 2-0 at the Emirates on Super Sunday.

Nearly 10 years after his first debut, £97.5m summer signing Lukaku registered his first goal for the club, tapping home at close range from Reece James’ ball across the face of goal (15) after the Belgian’s superb hold-up play had triggered the move.

James doubled Chelsea’s lead with a clinical finish from the right side of the box with Arsenal too engrossed with Lukaku again.

Sky Sports’ Gary Neville awarded Lukaku the man of the match award, hailing his 90 minutes as the “complete centre-forward performance”.

When asked to describe his own performance, Lukaku said: “Dominant, I would say. I try to improve every time, I have a long way to go, but today was good to win and to start well.

“Now we have to keep working, keep building and keep getting stronger because the Premier League is a very competitive league. We’re ready for the challenge and hopefully we can improve on this.

“You want to work hard for the team, you want to win, you want to score your chances. It’s something I’ve learnt and worked really hard on, and I keep working at it because this team is very talented. They’re the European champions but they want to keep building, I want to keep winning. We have to keep fighting, working hard and keep delivering performances like this.”

Keane: Lukaku is the real deal With Lukaku scoring in his first game back with Chelsea, Sol Campbell, Roy Keane and Graeme Souness discuss what Lukaku can do for Chelsea this season

The Sky Sports pundits were purring over Lukaku’s contribution.

Roy Keane said: “He’s the real deal. We think he’s brilliant already. He’s just more mature, more of a team player. His link-up play today – he got criticised quite a bit for that at Manchester United, but now we’ve seen him get success in Italy, he’s bringing it back to Chelsea.

“We talk about the fee involved… you’re paying £40m or £50m for players with potential, they’ve bought the real deal for £90m, and it’s just a no brainer.

“When they perform like that… they score two, and it probably should have been six or seven.”

Graeme Souness said: “He’s got a bit of everything, he can get involved in a race, if you look to outmuscle him you’re not going to do it.

“I think as a midfield player you’d love to play with him. When you’re under pressure you only have to see his socks and get it into his feet, he’s not going to give it away, and he’s going to make your cross look like a good cross.

“I think he’s come back a far better player. He is quite unique as a centre-forward, and has a bit of everything.”

‘Lukaku gives us something different’ Chelsea boss Thomas Tuchel admitted he didn’t have many expectations regarding Lukaku making an instant impact but was delighted with his striker’s performance, admitting the Belgian gave them a different dynamic in the final third.

“I think his profile gives us something we did not have so much,” Tuchel said.

“He added some depth to his game, and we can overcome pressing, and play long balls. We can also play into him with defenders on his back because he’s a physical player, and we don’t lose our strength in counters as he likes to run into open spaces. He’s a very open and very smart and very friendly person, so it was easy for him to connect with everybody. He gives us some more opportunities. It was day one for him now and there is a lot more to come.” 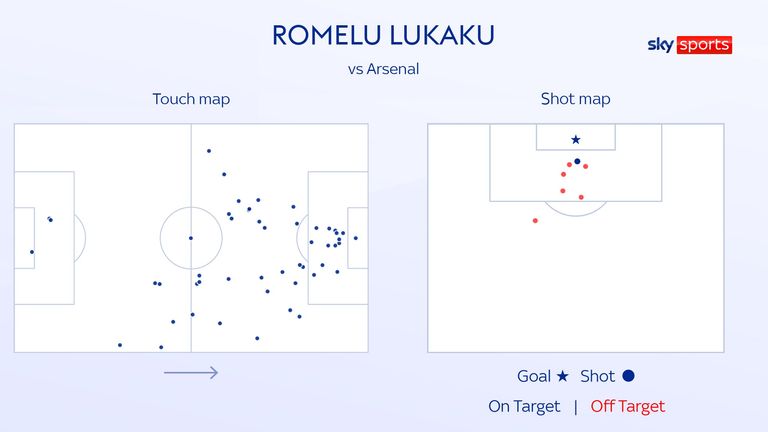 Chelsea’s Mendy reacts to Ballon d’Or snub: ‘If I had played for France…would we have this debate?’

Currently there are no popular posts.